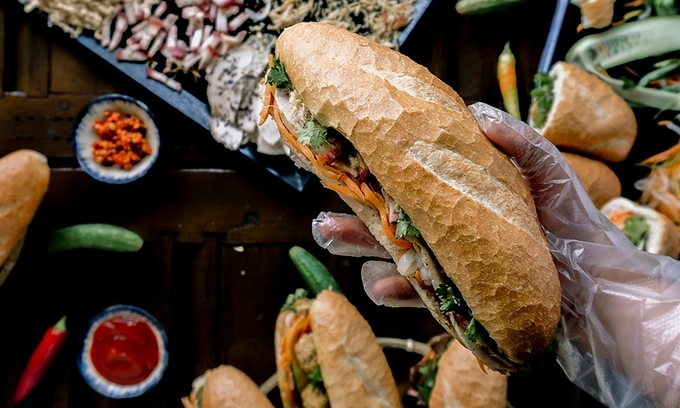 Banh mi with meat and vegetables

Vietnamese-style sandwich banh mi broke into a list of 50 best-rated street foods in the world as compiled by international food magazine TasteAtlas.

The baguette, which was brought over to Vietnam during the colonial period,” is one of the few happy legacies from the time,” TasteAtlas said.

Banh mi, a symbol of Vietnam’s street food, is a fusion of cold cuts and vegetables like coriander, cucumber, pickled carrots, daikon and cilantro combined with condiments from French cuisine like pate and mayonnaise. However, a wide variety of popular fillings are used, including cha lua (Vietnamese pork bologna), fried eggs, grilled pork, and meat balls.