Here’s a selection from Tripadvisor readers.

Hue to Hoi An with Lefamily Riders tours 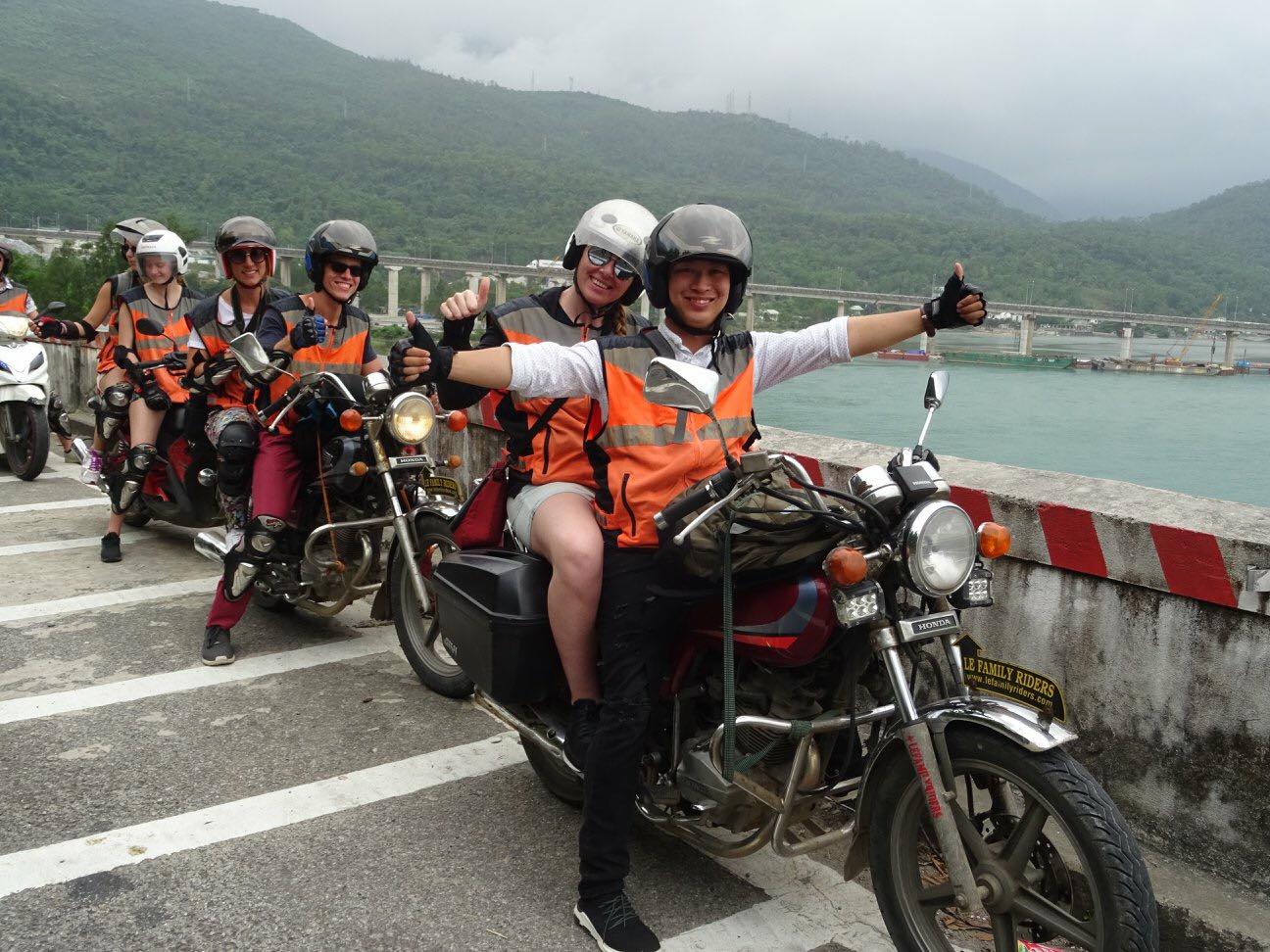 In Da Nang, tourists visit the Marble Mountains with its network of caves, tunnels, towers and pagodas built by Mahayana Buddhists and the Nguyen Dynasty Kings before continuing the journey to Hoi An.

In Hoi An, soak in the vibes of an ancient town that has preserved a lot of its original characteristics.

Tourists will be picked up from any hotel in Hue, Da Nang, Hoi An and will return to the starting point at the end of the tour.

The tour cost of $74.77 per person covers lunch, bottled water, private transportation, all fees and taxes. 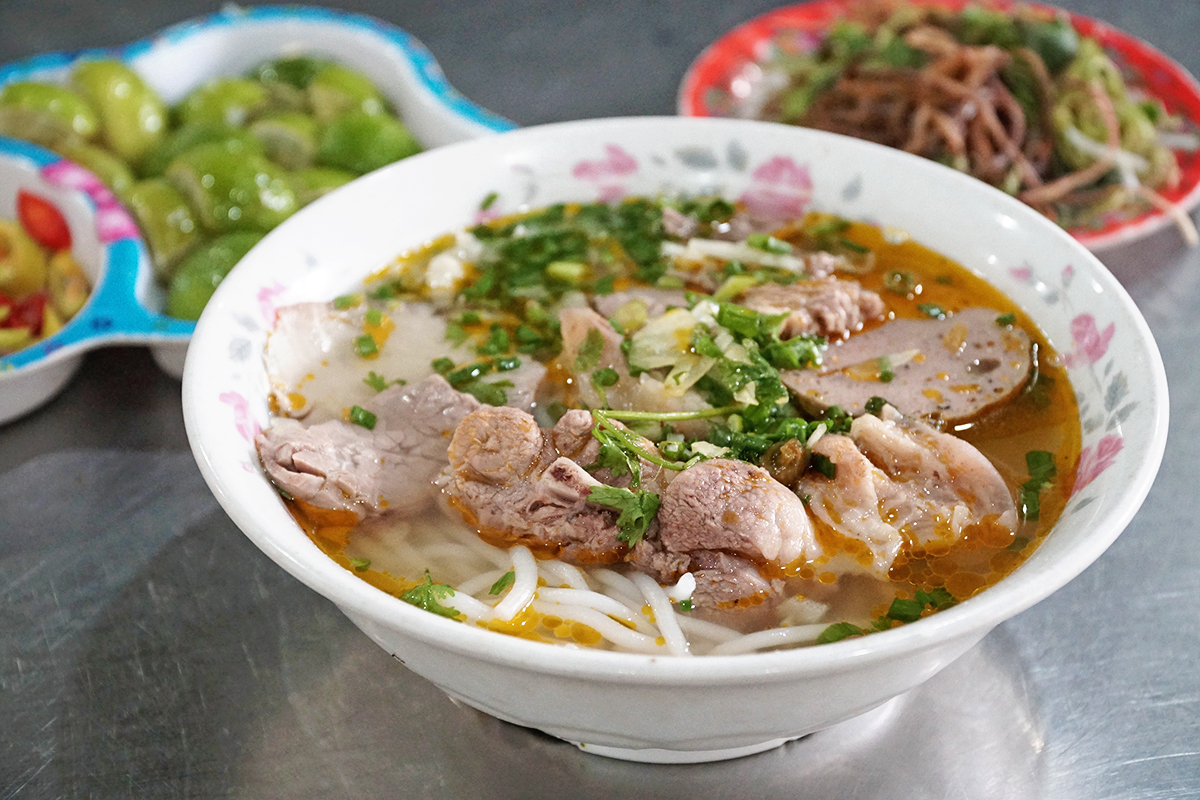 A bowl of Hue-style beef noodle soup at a stall in HCMC’s District 1. Photo by Di Vy

The tour costs from $40 per adult, including beverages, food tasting, dinner, snacks and hotel pickup and drop-off.

Run by Ha Food Tours in Hanoi’s Hoan Kiem District, this three-hour tour gives tourists an opportunity to try out around street eats from noodles to steamed pancakes. 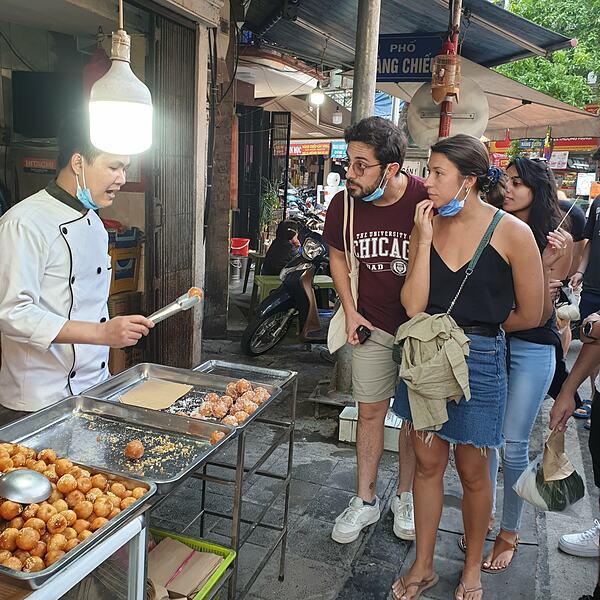 Tour guides will come to hotels inside the Hanoi’s Old Quarter to pick customers up before taking them to good street eateries to enjoy rice noodle soup with beef or chicken; rice noodles with grilled pork; boiled snails or snail soup with noodles; sticky rice; various kinds of donuts; steamed pancake or typical Vietnamese sandwiches.

They can also enjoy a cup of egg coffee, a Hanoi specialty, at the famous Giang coffee shop on Ly Thai To Street. This drink with condensed milk, strong black coffee and whisked egg yolk was concocted by an inspired barista in the 1940s when there was a scarcity of milk in the city.

Evening food tour in HCMC with women on scooters 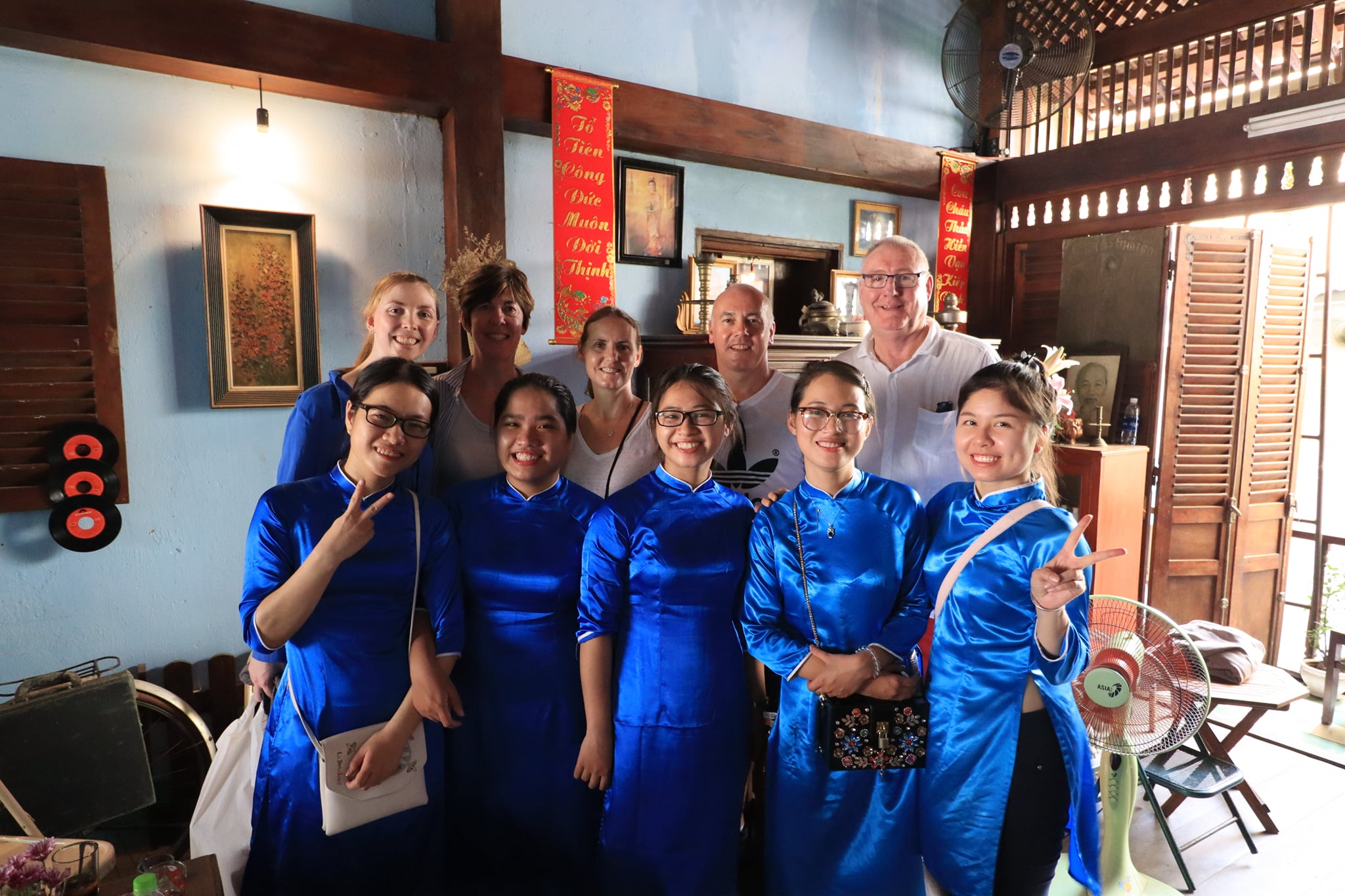 The four-hour tour costs $59 per adult and each batch will have a maximum of 15 tourists.

This tour, which lasts five to nine hours, will take tourists to visit a coffee farm and learn interesting things about the coffee-making process and enjoy a cup of Vietnamese-style coffee with a nice view. Next, they can watch silkworm rearing and the process of silk-making at a silk factory.

The tour includes a stop at the Elephant Waterfall and the Linh An Pagoda, which has a giant statue of the Happy Buddha and the highest statue of Guan Yin (Lady Buddha) in Vietnam. 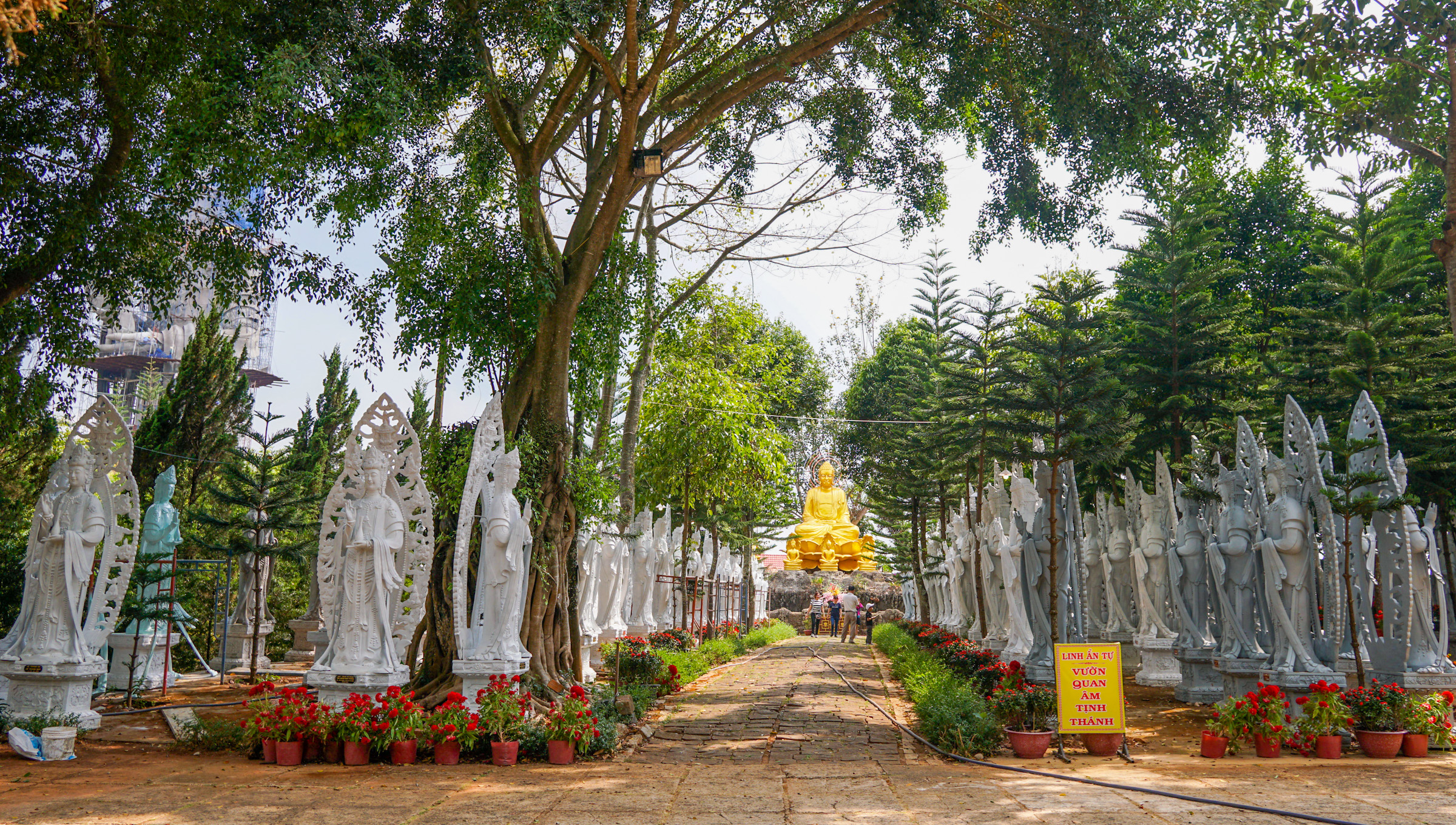 A visit to the K’ho ethnic minority village is also included in the tour.

Organized by Da Lat Private Tours, it costs $60 per person.

Run by Angiee Adventures, this tour guides visitors to local family businesses that produce and sell signature products in Hoi An. Among other things they can learn how Vietnamese produce organic bean sprouts and Cao Lau noodles; as also how Japanese, Chinese and Westerners have impacted life in Hoi An and its cuisine while enjoying dishes from Vietnamese, Chinese and French cuisines.

The tour, which takes around three to four hours, costs around $40 per person.

Easy ride from Hue to Hoi An

This is an eight-hour journey starting in Hue and moving to the ancient town of Hoi An on motorbikes.

Along the journey are stops at fishing villages, waterfalls, beaches and other attractions.

One can opt for a professional driver to sit back and take in the views, or go for the adrenaline rush and ride on your own. 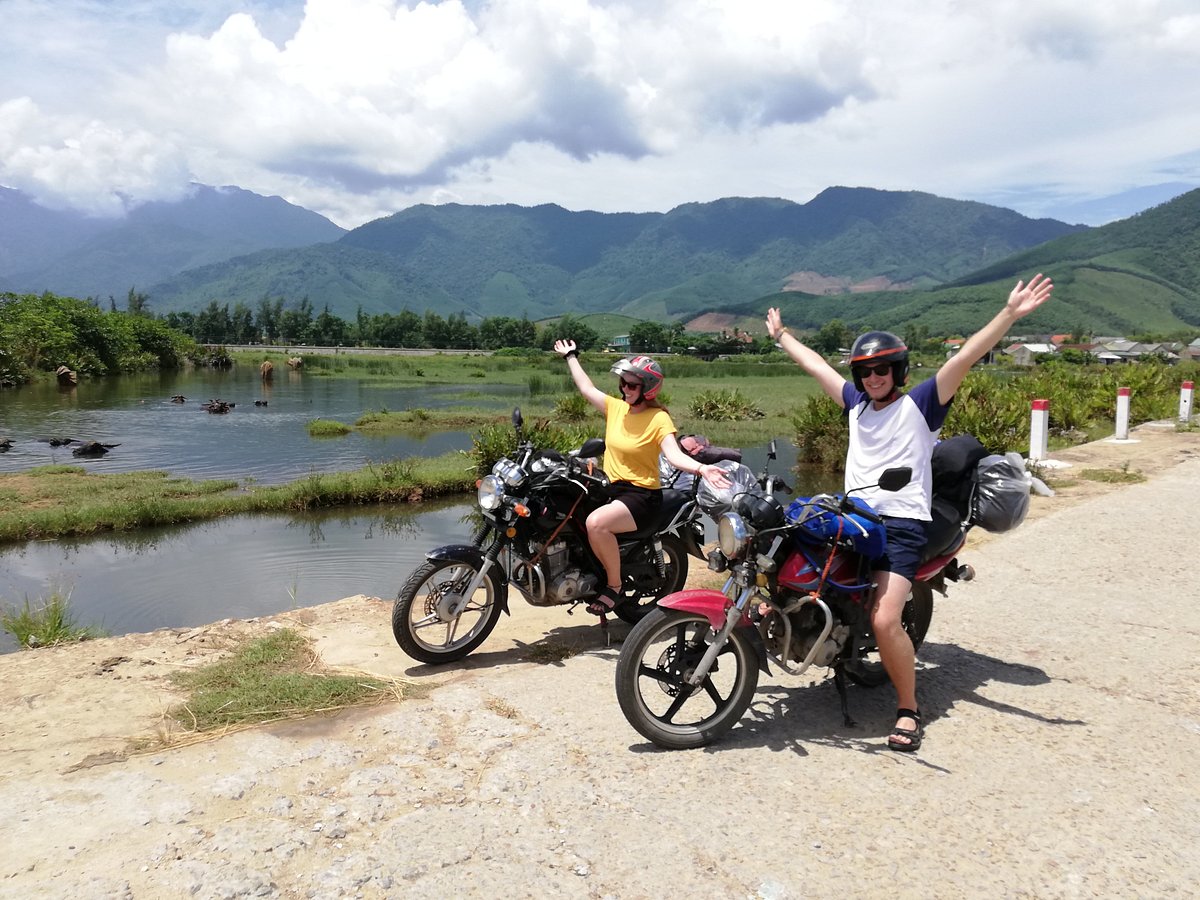 One of the highlights of the tour is the stop at the Marble Mountains in Da Nang where the visitors go on a trekking discovery of hidden caves that have become temples to Buddhist male and female deities.

Operated by the Hue Touring company, this tour costs $48.72 per adult.

This tour, which starts at 8:30 a.m. and ends at 5 p.m., includes visits to the Me Linh coffee garden in the Central Highlands province of Lam Dong and outskirts of Da Lat Town, and to the Elephant and Pongour waterfalls where some adventurous sports await.

Also on the itinerary is the Tuyen Lam Lake, around 7 kilometers from downtown Da Lat, where you can go kayaking or camping in the middle of a green pine forest. 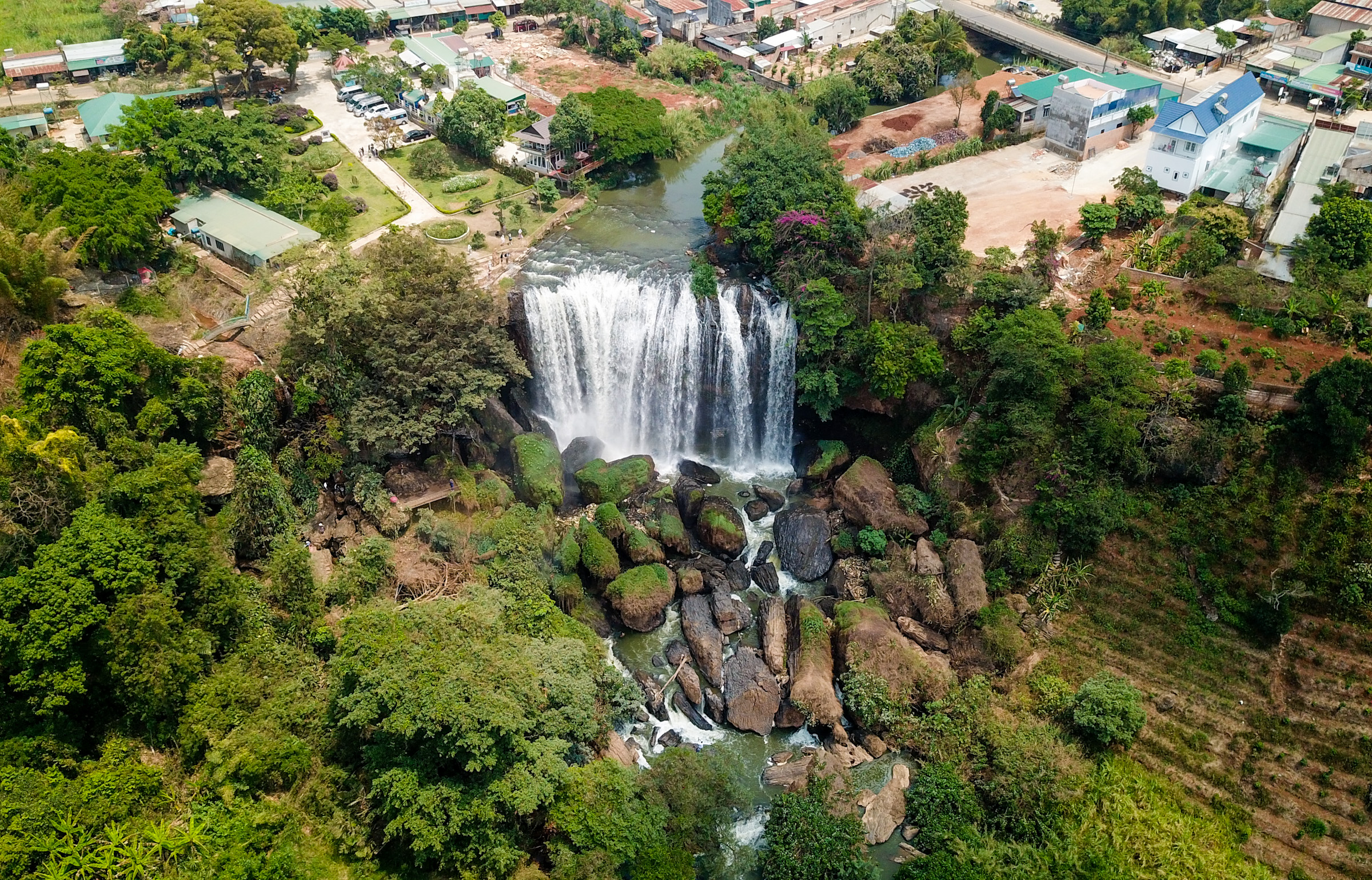 The tour, run by Easy Rider Mr.Viet, costs from $48 per person.

This tour requires good weather. If it’s canceled due to poor weather, visitors can choose between a different date or a full refund.

A very special, extended lunch experience can be enjoyed in Vietnam’s capital city with this tour that takes three hours. 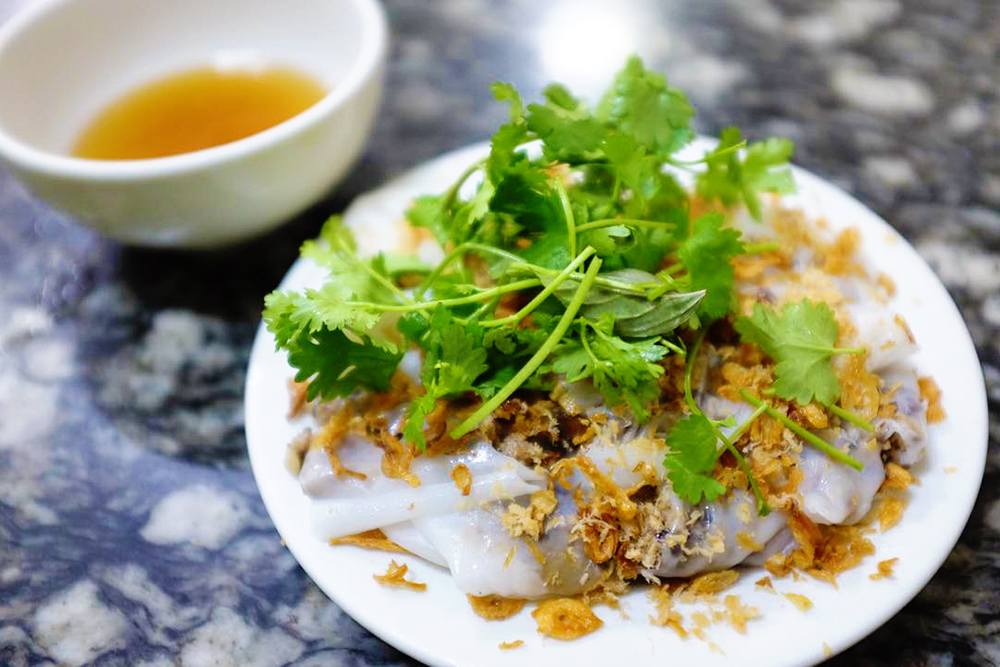 A plate of banh cuon at a stall on Hang Ga Street, one of the oldest in Hanoi. Photo by Di Vy

Local beer, rice wine and the famous egg coffee are also on the menu in this tour offered by Hanoi Street Food tour for $26 per person.

Bike tour of the Hoi An countryside

Organized by Heaven and Earth Bicycle Tours based in Hoi An, this five-hour tour, which costs from around $20 per person, takes visitors to traditional craft villages that weave sedge into various products and also a village that makes boats. These villages are accessed while pedaling around Duy Vinh Island, about five kilometers from downtown Hoi An. 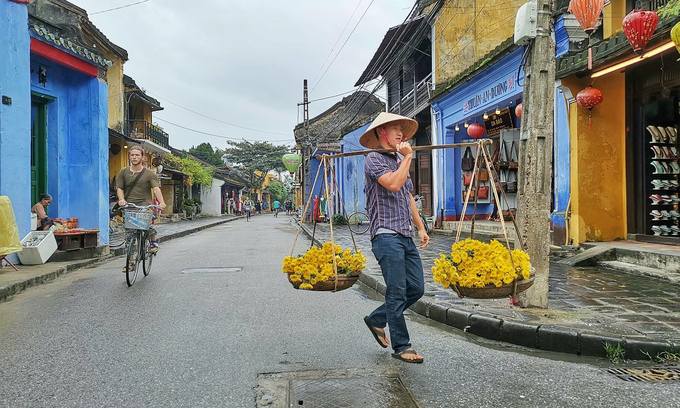 A foreign tourist cycles in Hoi An ancient town, 2019. Photo by Do Anh Vu

Tourists will be picked up at hotels inside the ancient town and taken for a cruise down the pretty Thu Bon River. On reaching the Duy Vinh Island, they can cycle leisurely through tranquil villages and rice fields.

In the craft villages, watching the art of weaving colorful sedge mats that Vietnamese people have used to sleep on for many years.