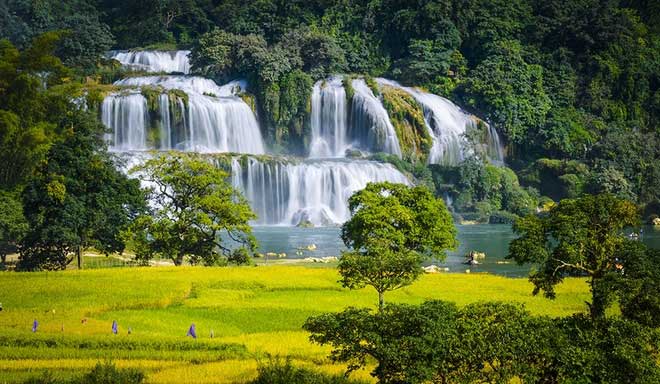 Microsoft network MSN has included two Vietnam waterfalls in its list of 15 most charming cascades in the world.

It describes Ban Gioc Waterfall in the northern province of Cao Bang, near the border with China, as ‘a paradise on earth’ while the Dambri Waterfall in Bao Loc Town in the Central Highlands province of Lam Dong is mentioned as place worth visiting.

Around 340 kilometers (225 miles) to the north of Hanoi, Ban Gioc is still a relatively uncrowded natural beauty in Vietnam.

The waterfall can be visited at any time of year, but the best time is said to be September and October when the summer rains that feed the falls are less frequent and the rice harvest is in full swing.

“Forget a blue drop against grey rocks, this waterfall is surrounded by bamboo groves and splashes over limestone rocks into a jade-colored natural pool. You can even take a dip in the pool,” the site writes.

Swimming is banned here but there are small bamboo rafts that take tourists to the very edge of the falls.

Around 130 kilometers from the popular highlands resort town of Da Lat, Dambri is one of the highest waterfalls in Vietnam, setting a majestic landscape that draws backpackers and adventurous trekkers in their thousands every year. 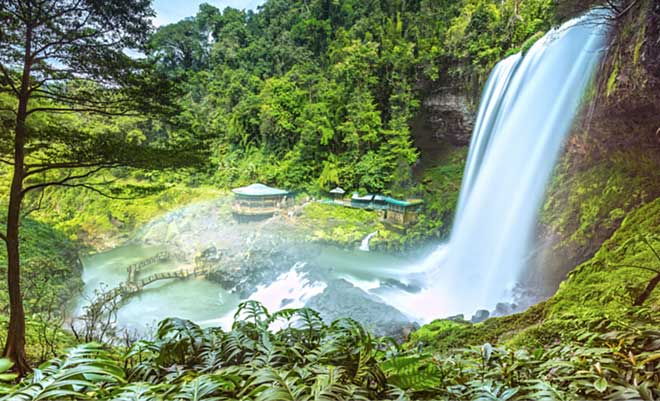 Other waterfalls on the MSN list include Victoria Falls on the border between Zimbabwe and Zambia, Niagara Falls in Canada and the U.S., Yosemite Falls in the U.S., Dudhsagar Falls in India and Yumbilla Falls in Peru.

A video captures the beauty of Ban Gioc Waterfall.

Discover a hidden bay in Vietnam before the hordes arrive

Hanoi in TripAdvisor’s best destinations for 2019