Ha Long Bay, one of the famous natural wonders in the world, is captured from above.

The famous bay in the northern province of Quang Ninh and terraced rice fields in Indonesia’s Tegalalang are the only two natural wonders in Southeast Asia to break into the global list, which spans from Hawaii’s Na Pali Coast to the Verdon Gorge in southeastern France.

It is not the first time that the site has highlighted the beauty of Ha Long Bay.

In 2016, Business Insider had said that a cruise on Ha Long Bay is a must-have travel experience in Asia. This time, it reiterates that an overnight cruise to watch sunrise or sunset in a spectacular setting is a ‘must-try’ experience. 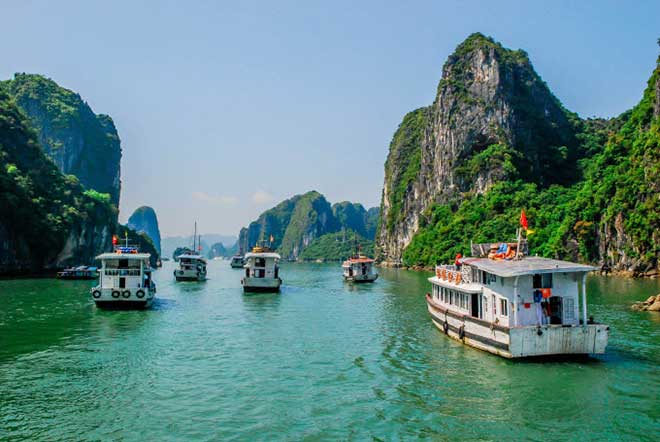 The Business Insider’s list of most beautiful natural wonders in the world include South Korea’s Jeju Island, Stone Forest and Tianmen Cave in China, Verdon Gorge in France, the Grand Canyon in the U.S. and Bioluminescent Beaches in Maldives.

Since its recognition as a UNESCO natural world heritage in 1994, Ha Long Bay has entrenched itself on the global tourism map, receiving raves from many travel bloggers and several foreign filmmakers for its emerald green waters and thousands of towering limestone islands topped by rainforests.

In 2015, the bay was hailed by the U.S. travel guide site Smarter Travel as one of the best ecological spots in the world.