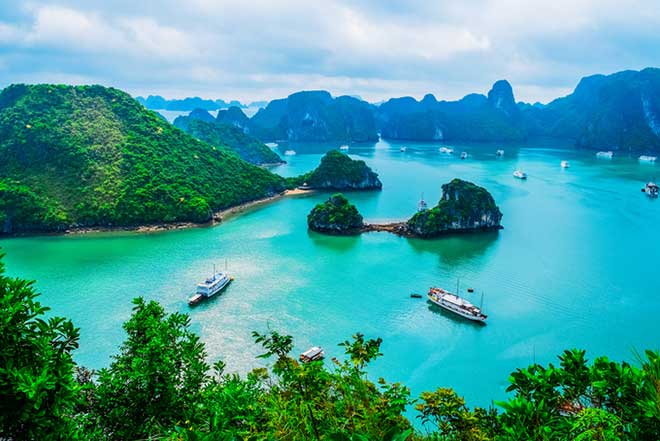 CNN has named Ha Long Bay among 25 most beautiful places in the world. Photo by Shutterstock/hoangnam

Ha Long Bay is one of the three natural wonders in Asia to break into CNN’s list of 25 most beautiful places on the planet.

The other two are Zhangjiajie National Forest Park in China and El Nido in the Philippines.

“One of the most popular natural attractions in South East Asia, Ha Long Bay is home to 1,969 islets of hulking limestone and deep, green waters that are home to myriad floating villages,” CNN said.

Cua Van floating fishing village in Ha Long Bay is one of the hidden gems in Vietnam that has yet to be overrun by vacationers. It is home to more than 170 fishing families, the cable network added.

Ha Long Bay, situated around four hours to the west of Hanoi by road, was recognized as world heritage site in 1994 by UNESCO. It was also voted among the world’s seven new natural wonders by Swiss organization New Open World in 2011. 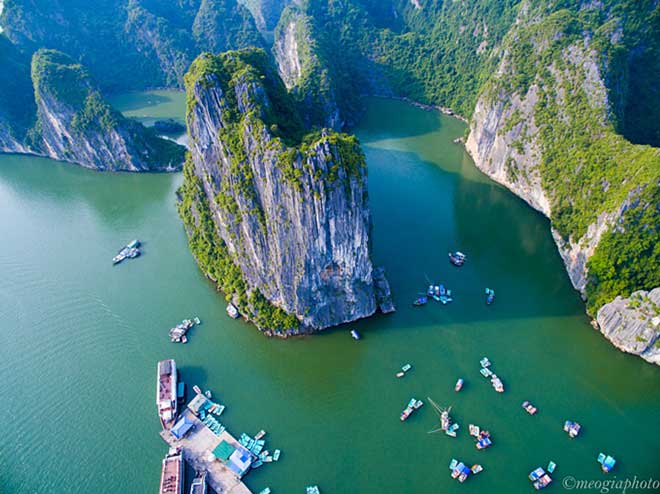 The CNN list also includes the Bwindi Impenetrable Forest in Uganda, Mount Toubkal in Morocco, the Maldives, Lake District in the U.K., and Vancouver Island in Canada.

In 2015 the bay was hailed by U.S. travel guide site Smarter Travel as one of the best ecological spots in the world.

Vietnamese cuisine among world’s most favorite