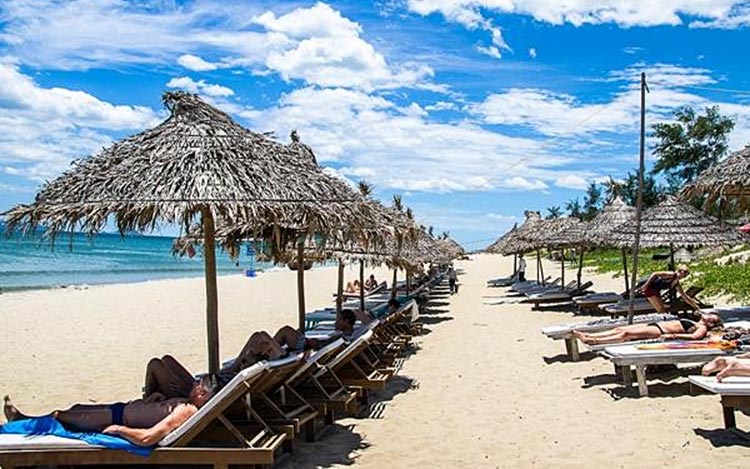 Tourists sunbathe on An Bang Beach in Hoi An. Photo by Shutterstock/minhngoc

An Bang Beach has been voted among the beautiful beaches in Asia for the fourth consecutive year by TripAdvisor readers.

Around three kilometers from the ancient town of Hoi An and 22 kilometers south of Da Nang, An Bang Beach is in 17th position on a new list of 25 best beaches in Asia, up five places from last year.

The ranking is based on votes by readers of TripAdvisor, the world’s most popular travel guide and review website.

An Bang Beach is one of the few white-sand beaches left in Vietnam that hasn’t been spoiled by the boom in beach tourism that has resulted in overcrowding, coral damage and environmental pollution.

Once a hidden gem in the ancient town, the beach gained international limelight when CNN listed it as one of the 100 best beaches on earth in 2011.

The best time to visit this beach is between May and September.

Thailand proved to be the most popular beach paradise in the region with five beaches making it into TripAdvisor’s top 25 list.