An aerial tour from north to south takes you to some incredible places and hidden gems. 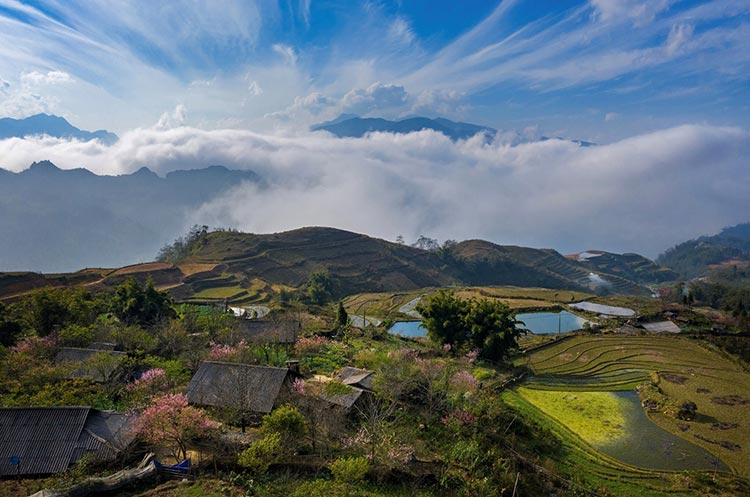 Pristine, picture-postcard Sau Chua, a remote hamlet in the northern mountain town of Sa Pa, is home to around 120 ethnic minority families who farm rice terraces.

Many parts of Sa Pa have been overrun somewhat by urbanization and tourism boom, and now there is a cable car system, concrete buildings and a bunch of luxury hotels where there used to be forests and paddy fields.

Luckily, Sau Chua has still escaped the noisy tourism and remained isolated outside the world. 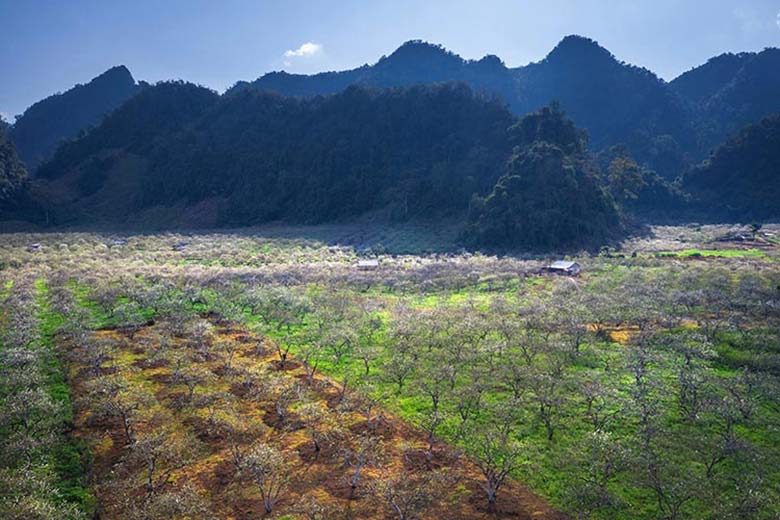 Situated some 20km from the Moc Chau Plateau up in the northern highlands province of Son La, Na Ka Plum Valley puts on its best garb in springtime as fields of white plum plants blossom.

Seen from above, Na Ka valley is a sea of white stretching as far as the eye can see.

The best time to visit Na Ka is in the morning or early afternoon since it can be quite misty to start with.

Nhat Tan Bridge, also known as the Vietnam – Japan Friendship Bridge, was inaugurated in January 2015. The first cable-stayed bridge in Hanoi, it runs a total of 8.9 km (5.5 miles) with five spans, representing the capital city’s five ancient gates, over the Red River.

The bridge opened to traffic together with the Nhat Tan – Noi Bai Highway, reducing the travel time between Noi Bai International Airport and the city. 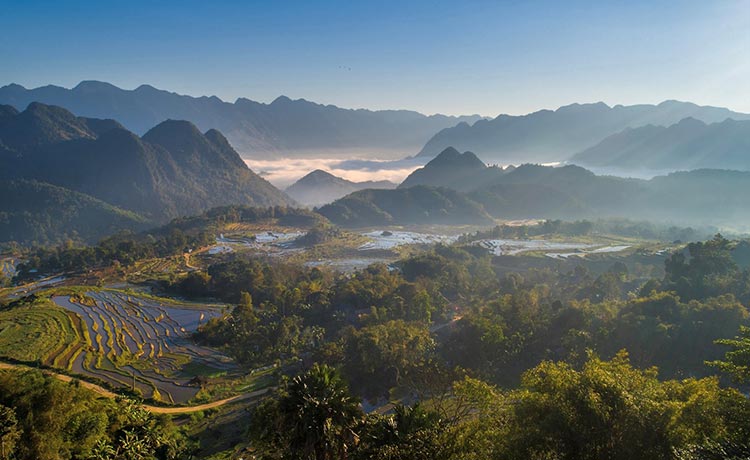 The otherworldly beauty of Pu Luong, a hidden nature reserve in the central province of Thanh Hoa, 150 km southwest of Hanoi, which remains unaffected by tourism.

The best time to visit Pu Luong is in October, when golden terraced rice fields glisten in the slight chill of autumn.

Homestay services allow you to experience the culture and daily life of ethnic minority people and try the unique foods all made from fresh, homegrown produce. 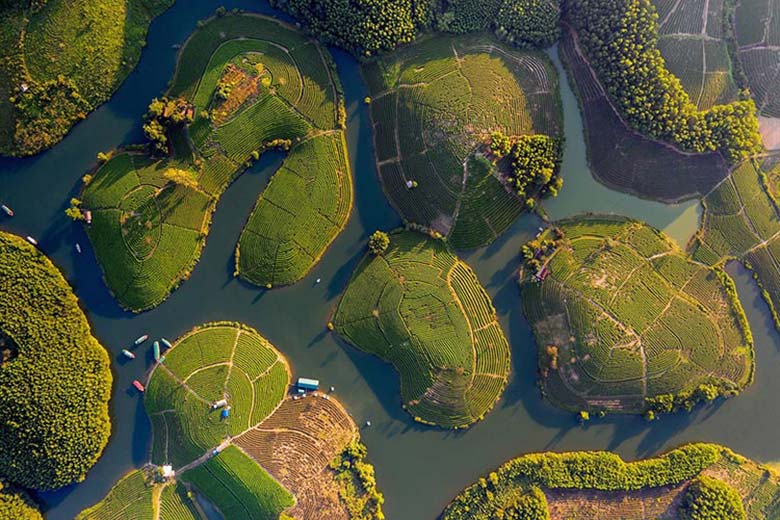 Located on the Ho Chi Minh Trail near the border with Laos, the Thanh Chuong tea hills in central Nghe An Province, 330km south of Hanoi, has an unusual setting.

More than 50 years ago the place was an irrigation lake built to provide water to more than 700 hectares of rice fields in Thanh An and Thanh Thinh communes in Thanh Chuong District. Three years ago locals switched to growing green tea. Now there are nearly 200 households growing tea on over 400 hectares.

Tea estates in Moc Chau, Thai Nguyen and Da Lat can be visited on foot, but those in the Thanh Chuong hills are only accessible by boat. 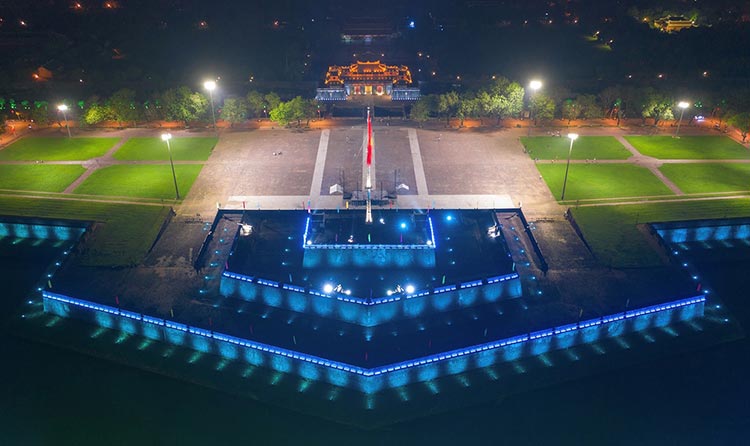 The ancient capital Hue was the seat of the Nguyen Dynasty, which ruled the country from 1802 until the end of feudal rule in Vietnam in 1945.

Hue’s Complex of Monuments was listed as a UNESCO world heritage site in 1993. The complex includes many vestiges of the Nguyen Dynasty, such as the Imperial Citadel, High Noon Gate and many royal tombs, monuments and pagodas. 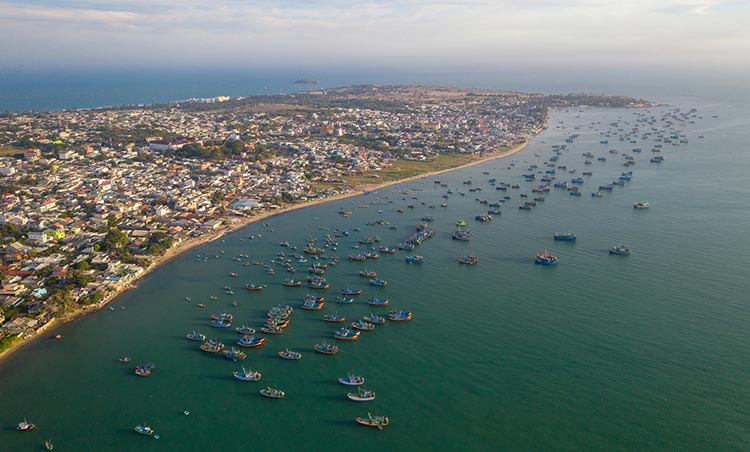 Mui Ne fishing village is located on Huynh Thuc Khang Street in Mui Ne, the famous resort town in the south central province of Binh Thuan. The village greets you with a scene of hundreds of colorful fishing boats anchored at its entrance.

The village stretches for around 100 meters along the coast. Apart from watching the daily life of its residents, an early morning arrival in the village also enables visitors to buy fresh seafood and watch the bustling trade that takes place when boats return from overnight fishing trips. 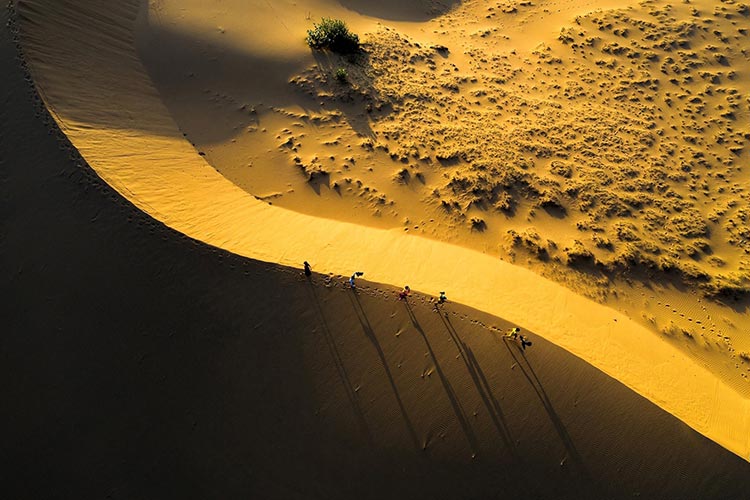 Dubbed a miniature replica of the Sahara Desert, Nam Cuong sand dunes have gradually become a must-visit destination during a visit to the land of Phan Rang, a coastal town in the south central province of Ninh Thuan.

Make sure you visit the dunes at dawn, the best time with sunlight touching the sands gently. 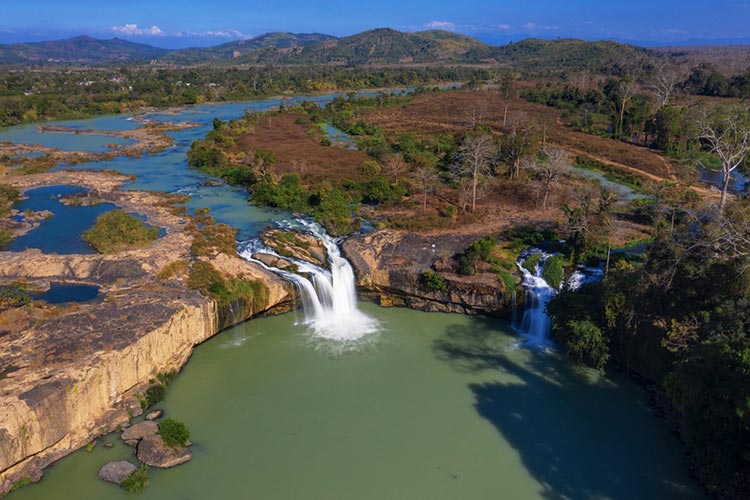 Dray Sap Waterfall sprays white foam just 20km away from its brother, Dray Nur, in the Central Highlands province of Dak Nong. It takes another dusty adventure to get to this pristine gem, but if you are determined to conquer the Central Highlands, the waterfall is a must-go. 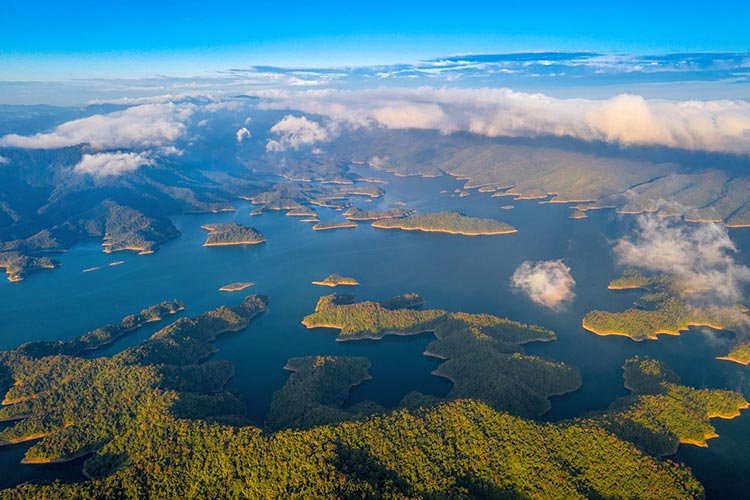 Also in Dak Nong is Ta Dung Lake, which is home to around 40 small islets, most of them isolated.

Ta Dung has earned the nickname of miniature Ha Long Bay in the Central Highlands and is at its most beautiful from April to November with its striking blue mirror-like surface and green hills in its midst.

Three ways to enjoy a three-in-one lake – Ba Be