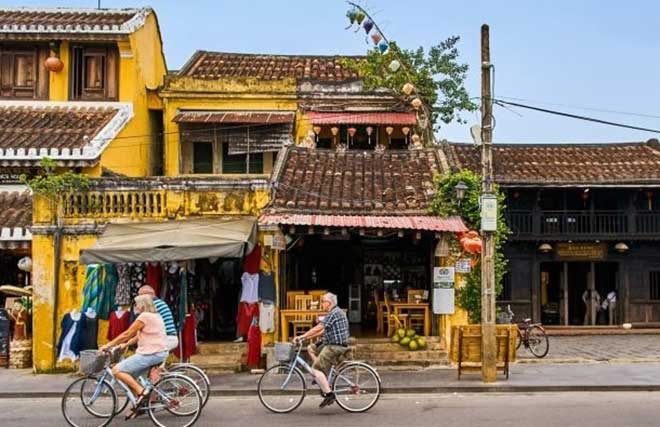 Foreign tourists ride their bicycles in the ancient town of Hoi An. Photo by Shutterstock/Huy Thoai

The ancient town Hoi An is one of world’s six best places to explore for cyclists, says global online accommodation reservations provider Agoda.

On the occasion of World Bicycle Day (June 3), Agoda has released a list of six world-famous cities and towns that provide backpackers and foreign cyclists tourists with the most beautiful cycling routes.

Hoi An, the charming little town in Quang Nam Province, central Vietnam, is included in the list, having been a pioneer in the country since 2004 for ensuring pedestrian-friendly streets.

Motorbikes and cars are banned from the town center for large parts of the day – from 9 a.m. to 11 a.m. and from 3 p.m. to 9:30 p.m., making bicycles the most ideal choice for foreigners to explore the town.

In Hoi An, most hotels, restaurants and homestay facilities offer bike rental services.

Many visitors prefer riding bicycles through narrow alleys and past the yellow houses with their old red-tiled roofs. Tourists pay only VND20,000 to VND40,000 ($0.86 – 1.7) for renting a bicycle a day.

Unlike Ho Chi Minh and Hanoi, the two biggest cities in Vietnam that are full of noisy vehicles and modern skyscrapers, Hoi An has managed to preserve its tranquility and slow pace of life. 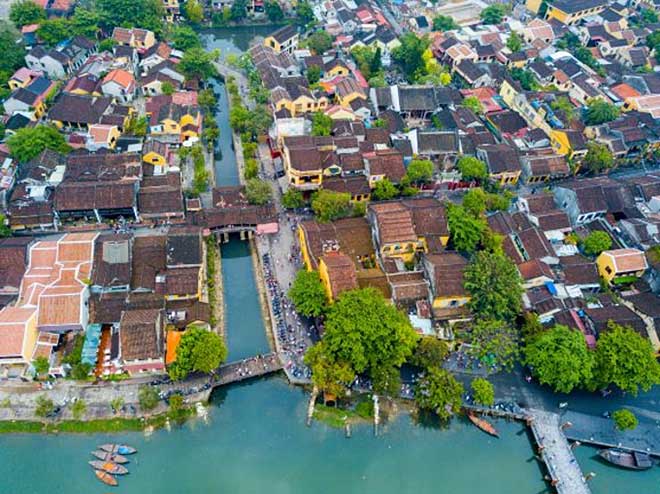 Hoi An is one of the top travel destinations in Vietnam. Photo by Shutterstock/ Huy Thoai

The other five cities on Agoda’s list are Beijing in China, Paris in France, Florence in Italy, Melbourne in Australia and the U.S.’s California.

Last year, Hoi An ranked second among the list of 10 safest and most exciting places on the earth for solo travelers by travel editors at Momondo, a U.K. based travel site.

Global readers of the American news network CNN listed the ancient town as one of the 16 best places in the world to relax and get rid of all your stresses.

The number of foreign visitors to Hoi An skyrocketed 90 percent from a year earlier to 3.7 million in 2018, official data shows.

Ha Long Bay one of world’s most photographed cruise destinations

Heaven is a place on Dong Van plateau – Ha Giang