October is here and many of Vietnam’s travel destinations are shining brightly. Here are five reasons why the country is worth having on your itinerary.

Situated around 300 kilometers (186 miles) from Hanoi, the mountainous province of Ha Giang, a neighbor of the famous Sa Pa town, has yet to be overrun by holiday crowds though it has been pulling in many visitors in recent years thanks to its still unspoiled landscapes.

In October and November every year vast fields of buckwheat flowers bloom in white and pastel pink all over the Dong Van karst plateau, persuading holidaymakers to ride motorbikes through mountain passes to the northernmost province to behold the magnificent sight. 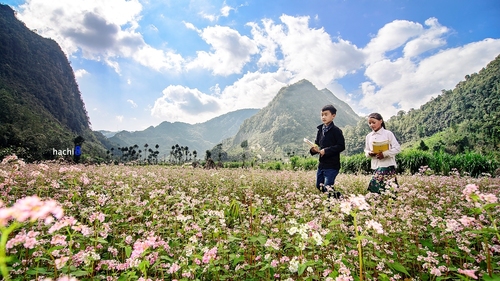 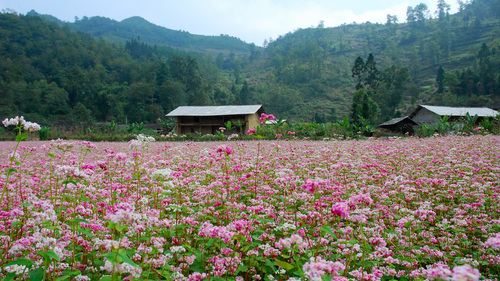 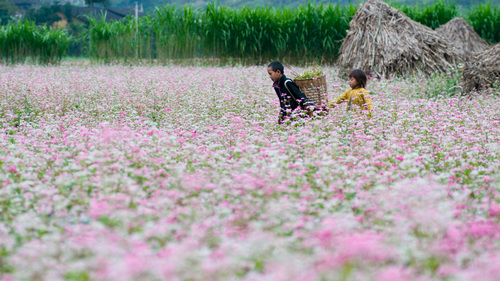 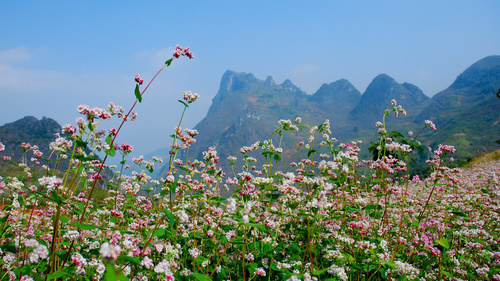 Buckwheat, a kind of grain that ethnic people grow to make food specialties, is often sowed around September. A month after sowing, buckwheat plants blossom and the flowers are in full bloom for a month before locals harvest them.

The stunning beauty of the flowers has given a boost to local tourism and enabled locals to earn an additional income by charging visitors a small fee to take photos of their buckwheat fields.

Though the central province of Thanh Hoa is still a lesser-known destination on the local tourism map, Pu Luong Nature Reserve, just 130 kilometers (80 miles) northwest of its namesake city, has stolen travelers’ hearts with its pristine nature and tranquil ambiance away from the hustle and bustle of urban life.

This is also the last chance of year to enjoy the golden season of ripen rice paddies in Vietnam. 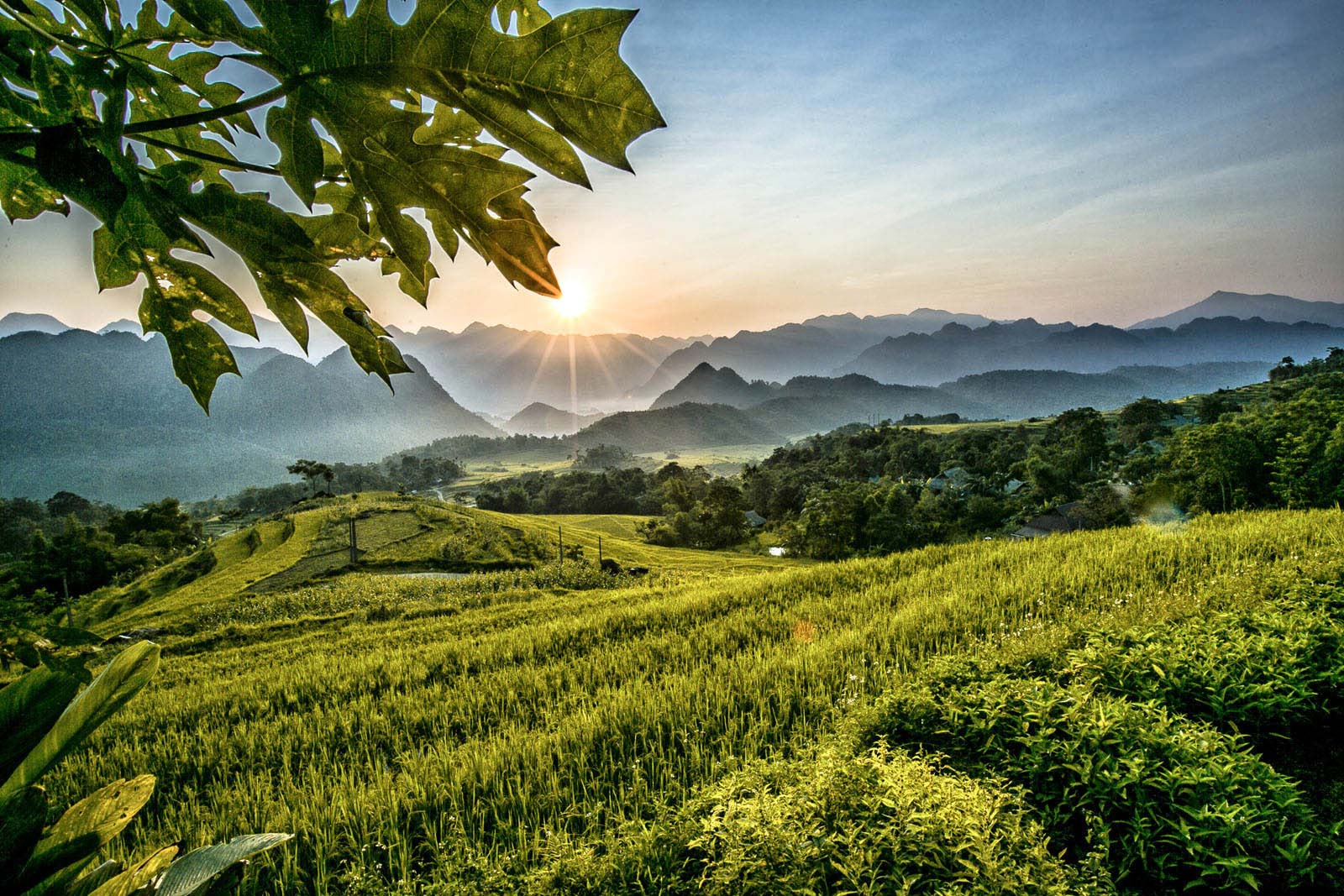 No hotels or resorts can be found there, but homestay services allow you to experience the culture and daily life of ethnic people who mostly make a living from farming. 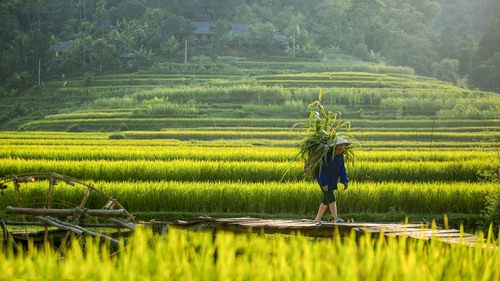 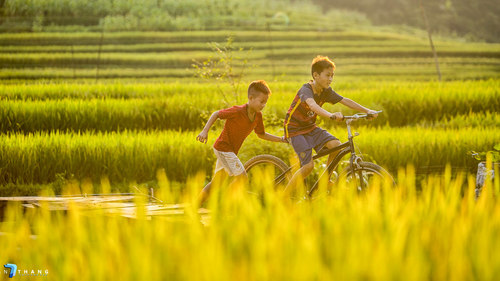 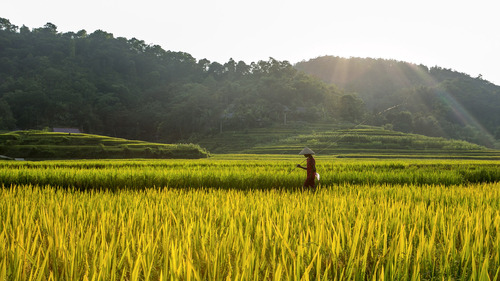 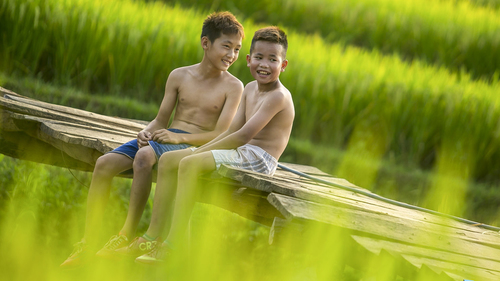 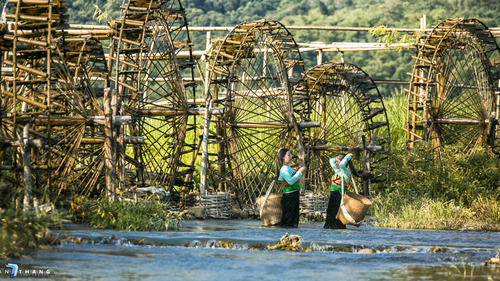 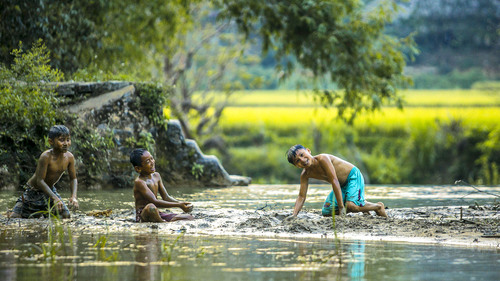 Thanks to its vast network of waterways, orchards and seafood, the Mekong Delta piques foreign tourists’ interest throughout the year, but it really comes into its own during the flooding season which peaks in October.

Unlike flooding in central Vietnam, which often results in death and economic loss, the flooding season in the Mekong Delta is seen as a gift from nature that brings tons of fish into the paddy fields along with alluvial deposits to fertilize the next crop.

Located along the upper branches of the Mekong River, An Giang Province, which is home to the Ba Chua Xu Lady Temple, one of the most famous spiritual sites in southern Vietnam, has become the most visited destination during the annual floods.

When they visit An Giang in the flood season, tourists have a chance to travel by boat instead of cars and scooters, capture stunning images of sunrise and sunset and see locals cast their nets to cash in on the bounty.

It’s best to take a boat ride through the Tra Su cajuput forest along canals covered with green water-ferns in Tinh Bien District, around 26 kilometers (16 miles) from Chau Doc, the capital of An Giang.

Usually a trip in Tra Su starts with a composite motor boat, which departs from a pier in the forest and goes along the cajuput forest for visitors to admire the vast greenery including lotus and water lilies before they get off it and are transferred to a small wooden rowboat, which then makes its way through green duckweed deep into the forest for around 30 minutes.

Tra Su is home to 140 plant species and more than 120 species of water birds, bats, reptiles, animals, and fish, many of them rare and endangered and a few even listed in the Red Book.

4. Chasing clouds in the northern highlands 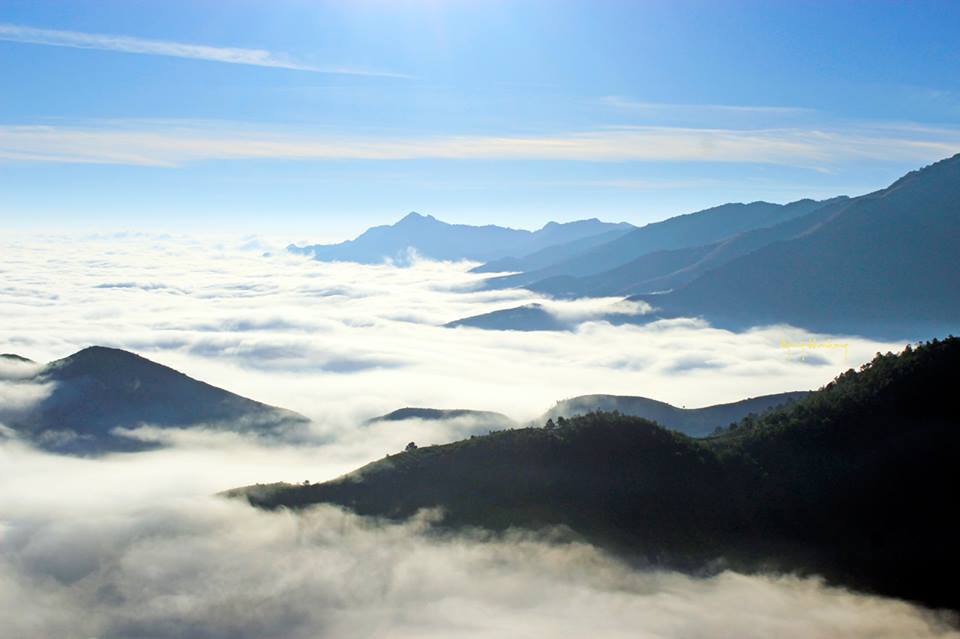 For years travelers have been whispering about Ta Xua Commune in Son La Province, one of the best places to go cloud chasing in Vietnam.

Although the mountain is often described as “a great challenge” with dangerously winding routes, it has become increasingly popular among Vietnamese trekkers in recent years. Breathtaking close-ups of blankets of clouds and valleys are the best reward for those who dare to take up the challenge.

But it’s not easy to catch a glimpse of the mesmerizing scene: you need to be on the mountain at the right time of the day during the right season.

The best time to “hunt clouds” in Ta Xua is between October and April.

There are two ways to reach Ta Xua, which is located in Bac Yen Commune, Bac Yen District, in Son La Province. One starts in Tram Tau (Yen Bai Province), the other in Bac Yen. Both routes will take you at least three days.

Moc Chau, a mountainous plateau in the northern highland province of Son La around 200 kilometers to the west of Hanoi, has escaped the tourism boom and seems less popular than neighbors like Ha Giang and Sa Pa.

When you research the best time of year to visit Moc Chau on social media, you might get the same answer: October.

Truly Moc Chau turns into a multicolored flower kingdom at this time of the year, giving tourists a reason to leave work behind and ride their motorbikes up the northern plateau.

The fields of yellow cabbage flowers, the greenery of the vast tea plantations and white plum flowers all blossom in the glistening sunlight as a sign to welcome tourists to the remote plateau characterized by a year-round cool climate and chilly fog. 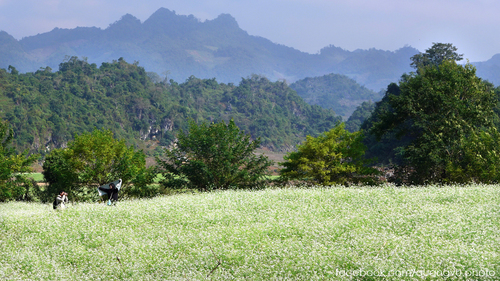 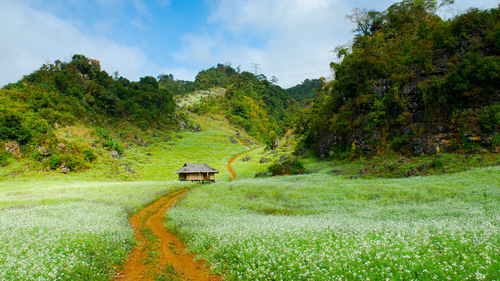 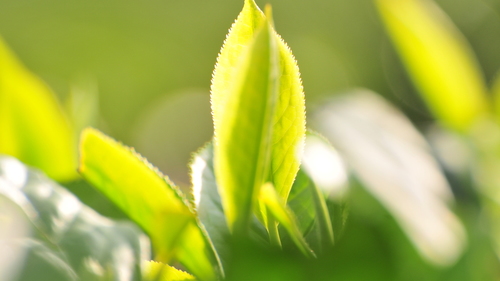 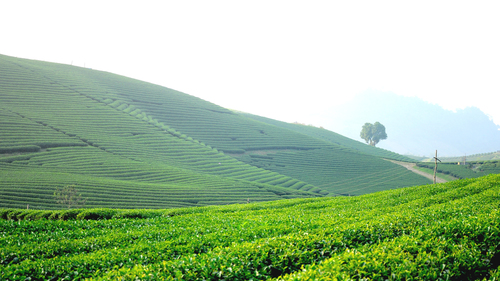 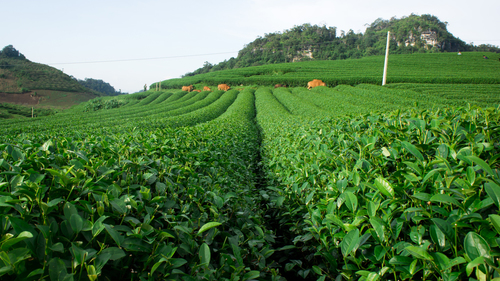