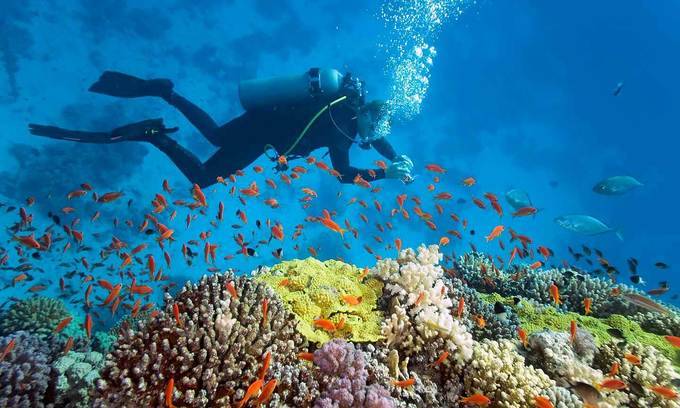 U.S. magazine Forbes has listed Whale Island in the central province of Khanh Hoa among 10 must-visit diving destinations this year.

“Whale Island specifically, with an average water temperature that hovers around a beautiful 82 degree Fahrenheit (28 degree Celsius), is particularly known for its macro gems hidden among the lush soft corals, which makes drift diving here that much more exciting,” it said.

Located in Van Phong Bay, around 100 kilometers from the beach town of Nha Trang, Whale Island, also called Hon Ong, is one of the top destinations for scuba diving, kayaking and snorkeling in Vietnam.

Whales and whale sharks flock to the archipelago to feed on masses of krill and plankton between April and July, giving the place its name, Forbes said.

The island remains almost untouched since there are no inhabitants in the area. Whale Island Resort is the only resort on the island.

Known for its long stretches of beautiful beaches and scuba diving, Nha Trang has been attracting large numbers of foreign tourists, especially Chinese and Russians in recent years. It helped draw 2.4 million visitors to Khanh Hoa Province last year, a major share of them Chinese arrivals.

November, the best time to visit these awesome Vietnamese destinations